In this blog, I reflect on the notion of control within the realm of the quantified self by exploring the roles of citizens, commercial firms and governments. Tools that may have sounded like science fiction only 15 years ago, have now become reality: We have the possibility to record the frequency and volume of our snoring during various sleep cycles, to monitor our eating pattern, to count our total number of steps in one week and to manage our daily habits. As a consequence, personal data transcends the online sphere and plays a large role in everyday life. 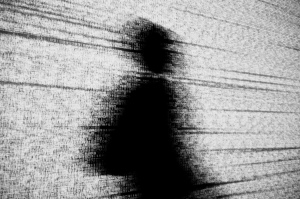 Wearables such as Fitbit and apps like MyFitnesspal, Sleep Cycle and Habits promise the achievement of personal goals, weight loss, more self-knowledge and better sleeping. The quantitative self-movement claims that self-tracking works as a mirror wherein one’s habits are reflected. While self-tracking offers citizens the possibility to control and monitor their own life and body to a large extent, the question is whether they also control the huge amount of data they generate.

Most self-tracking mobile applications and software packages connected to wearables are free of charge, while only a small amount includes advertisements. Quantified selfers accept privacy agreements that expose their personal lives to data mining (see Becker for an interesting reflection on the balance between privacy and self-tracking). Once a citizen monitors his offline behaviour via self-tracking tools, the data he or she collects enters the online sphere. Personal records are stored in databases and data warehouses after which they dissolve in the opaque process of data mining. Quantified selfers have no control over the unveiling and dissemination of their personal data. It is unclear who uses or monitors quantified selfers’ data and for what purposes. Large commercial actors (such as Google and Facebook) are more likely to gain access to big data than ordinary citizens. A new digital divide created big data rich and big data poor (coined by boyd & Crawford). As most quantified selfers will belong to the big data poor, they may feel in control over their records and numbers while big data rich collect, monitor and mine their personal self-tracking data.

Apart from the commercial use of data, there are other realms where the collection of self-tracking data may have far-reaching consequences. When used for surveillance purposes, quantified selfers can end up in specific social and economic categories that influence how they are treated by financial institutions, governmental organisations and insurance companies. David Lyon describes this process as social sorting and stresses how the matching of offline and online data increases the searchability of databases and the accuracy of the identification of ‘risks’ beforehand. The prospect that your insurance company raises your insurance costs because you unwittingly tracked your fast food consumption may seem farfetched, but is possible in practice. This example shows how self-tracking can easily get out of control when companies change their policy and/or ethical stance.

This exploration shows that while the quantified self accomplishes his/her own goals, (s)he lacks control over the numbers, facts and records that are collected. This can lead to digital inequalities with widespread consequences. Therefore, an open debate about control of quantified personal data is essential. There is a need for privacy-preserving self-tracking solutions, and now is the time for quantified selfers to demand more transparent and controllable processes when it comes to their self-tracking data.